Brandon Holder (PART 1) tells us his next steps and how his internship at DMG in 2015 helped get him there. 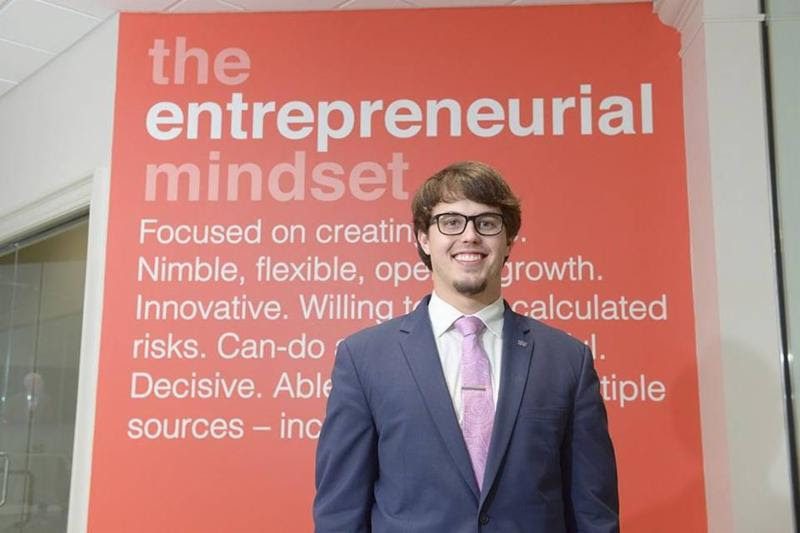 We recently sat down with Brandon Holder, founder of Water the World, and asked him what it was about Divine Marketing Group that enabled him to go from idea to conception in less than a year.

Q: Brandon, tell us the life changes you have experienced in this past year.

A: 2015 has been crazy wonderful.  I thought that I was going to school to end up with a regular 9-5 Monday – Friday job. Little did I know, I would be creating a self-sustained watering system that will not only quench the thirst of residents, but their food crops and animals as well.  After my internship at DMG ended in August 2015, I immediately made my first prototype and ordered my business cards. In October, I was able to connect with many key people at the 1st annual High Point University Entrepreneur Showcase. In November, we were able to distribute our first pumps to Haiti. I won the elevator pitch competition at High Point right before the Thanksgiving break.  The $500.00 prize money was used to purchase more supplies to create more pumps.

I went back to Haiti at the end of December and was called “The Water Man” by the local residents and saw once again how the pump will change the world of these people.  I was renewed again and excited to make more pumps. January and February were filled with so many interviews from different TV stations, news media and churches.  I got really good at talking in front of a camera.

The highlight of my school year was a toss-up between winning $7,000 in the Business Plan Competition and the TedX talk in Greensboro.  All of that being said, I now know my purpose that God has given me and I’m ready.